Freemasonry, contrary to what you may read on some internet sites, is not a religion or a religious cult nor does it make any pretence to be one however it does require that a member believe in a Supreme Being. Men of all faiths have become Freemasons because the principles Freemasonry espouses are compatible with the teachings of the recognized faiths of the world. It urges its members to be faithful and devoted to their own religious beliefs.

Freemasonry is not an organization that provides material gain or advancement to its membership. In fact it is strictly forbidden to talk about business or religion in open lodge.

so what is freemasonry?

Freemasonry is the oldest and largest world wide fraternity dedicated to the Brotherhood of Man under the Fatherhood of a Supreme Being.

A Freemason is a man of faith, who uses tools of moral and ethical principles to serve mankind. He binds himself to like-minded men in a brother­hood that transcends all religious, ethnic, social, cultural and educational differences. He shows the aspirations and obligations of men of good will who seek to make themselves better than they are – not better than others.

A Freemason is dedicated – he recognizes his responsibility for justice, truth, charity, honesty and integrity. Freemasons work building their lives and character, just as a carpenter works at building a house. A Freemason believes that there is such a thing as honour, and that a man has a responsibility to act with honour in everything he does.

A Freemason teaches that principle. He believes that a life not founded on honour is hollow and empty – that a man who acts without honour is less than a man.

A Freemason believes that it is not only more blessed to give than to receive, it’s also more rewarding. He becomes involved with problems and needs of others because he knows it gives each of us a good feeling to help, a feeling unlike any other.

A Freemason believes that every person should strive to be a good citizen and that he has a moral duty to be true to the country in which he lives, for loyalty to one’s country is essential. He is expected to obey every lawful authority, obey the laws of the country in which he lives and promote its general welfare. In no way do these requirements interfere with a Freemason’s civil right to protest and seek legislative changes by lawful means.

Freemasons and the Masonic family contribute not only their money, but also an incredible amount of time to various charities. Internationally the Masonic Family donates over three million dollars per day to various charitable works. Much of our help is given anonymously. We’re not after gratitude. We’re more than rewarded by that feeling which comes from knowing we have helped another person over­come some adversity, so that their life can go on.

The seeds of greatness are planted within each of us. Masonry instructs men in there proper cultivation

Ask one to be one 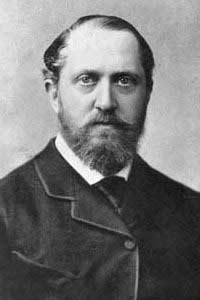 Sir Frederick Arthur Stanley, 16th Earl of Derby, 1st Baron Stanley of Preston was Colonial Secretary from 1885 to 1886 and Governor-General of Canada from 1888 to 1893.

A Conservative Member of the British Parliament between 1865 and 1886, from
1886 to 1888, he was president of the Board of Trade. On June 11, 1888, Lord
Stanley succeeded the Marquis of Lansdowne as the sixth Governor-General of
Canada.

In 1893, Lord Stanley—a keen sportsman— donated the Stanley Cup as
an award for Canada’s top-ranking amateur hockey club. Returning to England,
he became the Lord Mayor of Liverpool and the first chancellor of the University
of Liverpool. During the last years of his life, he increasingly dedicated
himself to philanthropic work.

A monument honouring Lord Stanley and dedicating
Stanley Park in Vancouver, British Columbia, reads, “To the use and enjoyment
of people of all colors, creeds and customs for all time.” 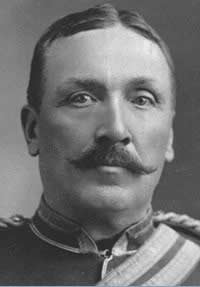 One of the first members of the North-West Mounted Police, Steele was responsible for defending the construction route of the Canadian railway.

In 1898 he was sent to the Yukon to establish border posts on the White and Chilkoot Passes. For two years he was responsible for keeping the peace, running the mails, organizing fire-fighters and instituting drainage, sewage and garbage disposal and maintaining a pure water supply for Dawson.

Taking a leave of absence from the NWMP, Steele commanded the Strathcona’s Horse in South Africa in 1900. From 1901 to 1906 he took charge of the South African Constabulary, styled after the NWMP.

During the First World War he was promoted to major-general, commanding Canadian
forces in England.

Alberta Lodge No. 37 at Macleod, NWT

We may request cookies to be set on your device. We use cookies to let us know when you visit our websites, how you interact with us, to enrich your user experience, and to customize your relationship with our website.

Click on the different category headings to find out more. You can also change some of your preferences. Note that blocking some types of cookies may impact your experience on our websites and the services we are able to offer.

These cookies are strictly necessary to provide you with services available through our website and to use some of its features.

Because these cookies are strictly necessary to deliver the website, refusing them will have impact how our site functions. You always can block or delete cookies by changing your browser settings and force blocking all cookies on this website. But this will always prompt you to accept/refuse cookies when revisiting our site.

We fully respect if you want to refuse cookies but to avoid asking you again and again kindly allow us to store a cookie for that. You are free to opt out any time or opt in for other cookies to get a better experience. If you refuse cookies we will remove all set cookies in our domain.

We provide you with a list of stored cookies on your computer in our domain so you can check what we stored. Due to security reasons we are not able to show or modify cookies from other domains. You can check these in your browser security settings.

These cookies collect information that is used either in aggregate form to help us understand how our website is being used or how effective our marketing campaigns are, or to help us customize our website and application for you in order to enhance your experience.

If you do not want that we track your visit to our site you can disable tracking in your browser here:

We also use different external services like Google Webfonts, Google Maps, and external Video providers. Since these providers may collect personal data like your IP address we allow you to block them here. Please be aware that this might heavily reduce the functionality and appearance of our site. Changes will take effect once you reload the page.

The following cookies are also needed - You can choose if you want to allow them: