There are many reasons for joining Freemasonry. For some it’s, about cementing true and lasting friendships. It’s the desire to help deserving causes or making contribution to family and community. Many find that they have friends and or family members that are Freemasons. For others it becomes a life long hobby.

Freemasonry is one of the world’s oldest and largest non-religious, non-political, fraternal and charitable organization. It teaches self-knowledge through participation in a progression of ceremonies. Members are expected to be of high moral standing and are encouraged to speak openly about Freemasonry.

Freemasonry means different things to each of those who join. For some, it’s about making new friends and acquaintances. For others it’s about being able to help deserving causes – making a contribution to family and for society. But for most, it is an enjoyable hobby.

Freemasonry is one of the world’s oldest and largest non-religious, non-political, fraternal and charitable organization. It teaches self-knowledge through participation in a progression of ceremonies. Members are expected to be of high moral standing and are encouraged to speak openly about Freemasonry.

Why are you a secret society?

We are not, but lodge meetings, like those of many other groups, are private and open only to members. The rules and aims of Freemasonry are available to the public. Meeting places are known and in many areas are used by the local community for activities other than Freemasonry. Members are encouraged to speak openly about Freemasonry.

What is Freemasonry’s relationship with religion?

There are elements within churches who misunderstand Freemasonry and its objectives. They confuse secular rituals with religious liturgy. There are many Masons in churches where their leaders have been openly critical of the organization. Masonry has always actively encouraged its members to be active in their own religion.

What is Freemasonry’s relationship with politics?

Freemasonry, as a body, will never express a view on politics or state policy. The discussion of politics at Masonic meetings has always been prohibited.

Is Freemasonry an international order?

Freemasonry exists throughout the world. However, each Grand Lodge is sovereign and independent. There is no international governing body for Freemasonry.

Why do you wear regalia?

Wearing regalia is historic and symbolic. Like a uniform, the regalia helps to indicate the rank the wearer has attained within the organization.

How many Freemasons are there?

Can anyone become a Freemason?

Yes – Freemasonry is open to like minded Men from all walks of life, regardless of their race or socio-economic position in society.

How many degrees are there in Freemasonry?

How much does it cost to be a Freemason?

There is an initiation fee when you join and each lodge charges annual dues to cover its running costs.

Each meeting is normally followed by an hour of some light refreshment, with the cost depending on the venue. You will also be expected to wear a dark suit, white shirt, and black tie and black shoes or a dark jacket and slacks and dark shoes.

Members are invited to donate to charity, but this should always be within your means and it is entirely up to you how much you wish to contribute.

Costs can vary considerably from lodge to lodge, you’re sponsor and seconder should make them clear to you before you join.

“Good night, and may God bless. 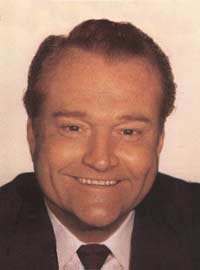 The son of a former circus clown vaudevillian, comedian Red Skelton left home at ten to travel with a medicine show through the Midwest, and joined the vaudeville circuit at fifteen. He debuted on Broadway and radio in 1937 and on film in 1938. “The Red Skelton Show” premiered on NBC in 1951. For two decades, until 1971, his show consistently stayed in the top twenty, both on NBC and CBS. One stand-up comedy routine, “A wee dog”, is reputed to be of especial interest to freemasons.

Skelton was a major supporter of children’s charities, including the Shriners’ Crippled Children’s Hospital and the Red Skelton Foundation in Vincennes, Indiana.